Supporting local patients in the comfort of their own homes with light tasks and companionship.

Winners of the Macmillan Cancer Support Service Team of the Year for the Midlands 2019.

The Community Volunteer programme is designed to enhance and expand the support provided to our community by the current services at Blythe House, especially those patients wishing to be supported in their own home.

The service provides practical and emotional support in the homes of local patients who have life-limiting illnesses including cancer, COPD, heart failure and neurological conditions such as motor neurone disease.

After completing comprehensive training, community volunteers are able to provide help and support to patients and their families including respite breaks, companionship, light household chores and gardening. 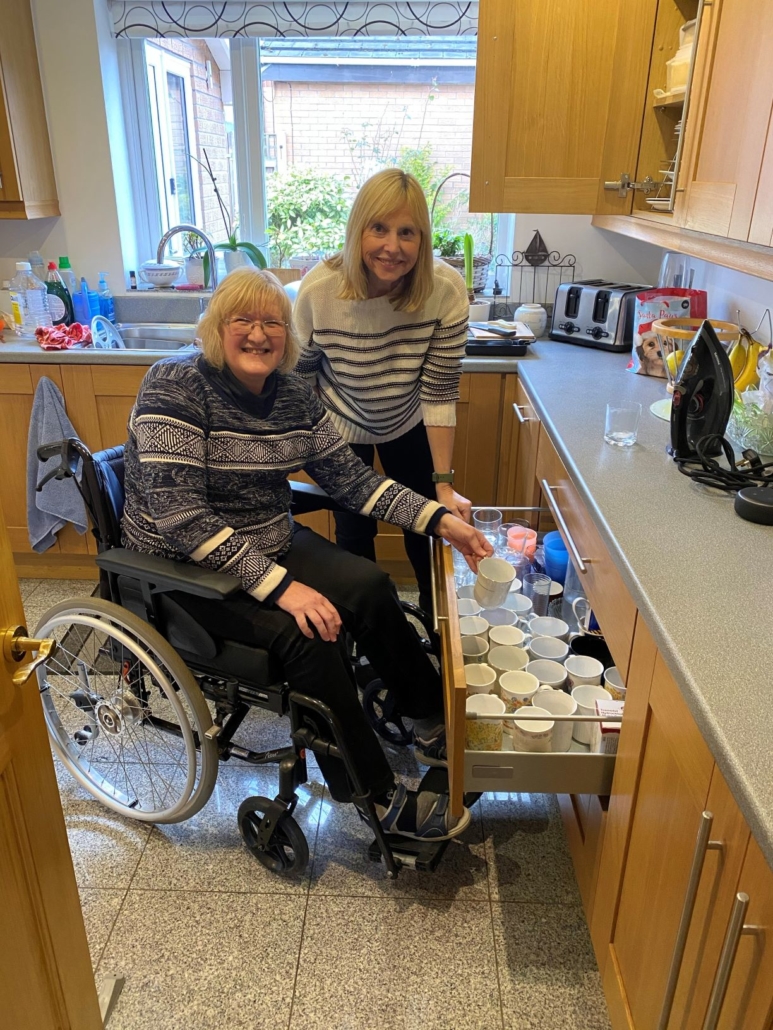 Janet, who has motor neurone disease, said: ‘It is so nice to have someone you know coming over to provide regular support. Even if there’s not a lot to do, it’s just nice to chat; like having a good neighbour over. I really value the support from the community volunteer programme; Blythe House is a lifeline for me and my family.’

Ali, a community volunteer, added: ‘The first few times I went around to Janet’s house, I was able to help with activities like mowing the lawn, tidying the garden, planting flowers and pruning the roses. It was lovely as Janet was able to sit out in the garden with me, and we could natter away as I was getting on. I always say to Janet that I don’t do things for her, I do things with her.

‘Another task we carried out together was to help make the kitchen more accessible to Janet in her wheelchair, so we moved the tea cups and mugs from the top shelf of a high cupboard, to a low-down drawer which Janet is able to quickly and easily pull open.’

Referrals to the Community Volunteer Programme