Heading out to do some shopping or run errands over the coming weeks, you might notice some new faces that crop up regularly in shops and businesses across the High Peak and Hope Valley.

More than 170 collection pots are dispersed across the community in places like banks, shops, cafés, pubs and companies, with members of the public donating spare change to help support their local hospice.

The generosity of local people, and the businesses that are proud to display Blythe House collection pots, helped the hospice to raise over £10,800 throughout 2018/19.

All these donations enable the Chapel-en-le-Frith hospice to continue to provide free care and services to local patients with illnesses including cancer, motor neurone disease, heart failure, COPD and Parkinson’s, as well as their carers and families. 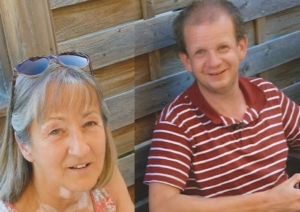 Ben Hinchliffe fought cancer for much of his life including having leukaemia as a child before being diagnosed with bowel cancer. The former Frome resident moved to Chapel-en-le-Frith with his family in April 2017 and soon after started to access the services at Blythe House.

The passionate fundraiser had previously been actively involved in raising money for the cancer care centre at Royal United Hospitals in Bath, were he underwent treatment; he would volunteer alongside his mum, Sally to collect fundraising pots from local shops and businesses.

Ben was keen to be busy and always wanted to support Blythe House. He secured a job with the High Peak Food Bank through Zink Employability as a direct result of coming to the hospice.

‘He always felt at home at Blythe House; he gained an awful lot from coming here. When another shock hit him, he’d say “I’m going to Blythe!”’ explained Sally.

‘Ben had secured an apprenticeship role at a quarry in Bradwell through Zink, but sadly a week after accepting it, he had to tell them that he was no longer able to undertake the role as he was re-diagnosed with bowel cancer.’

Ben’s dad, Peter added: ‘He never said he would not get better – he always said: “I’ve done this before and I’ll do it again!”’

Sally said: ‘Ben tragically passed away in November 2018, aged just 36 years old. Blythe House continues to provide ongoing support to me and the rest of the family who’re still coming to terms with our loss.

‘Ben would’ve absolutely loved being the “face” of the Blythe House collection pots – he would’ve been honoured to have been asked. It is very ironic that we used to volunteer our time to collect fundraising pots when he was younger, and now his legacy lives on as he’ll actually be printed on the pots here in the High Peak!’ 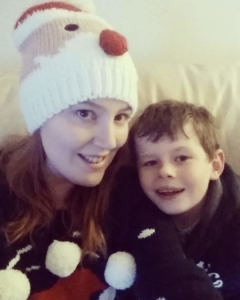 A good friend of Ben’s during his time in the Living Well service was fellow Chapel-en-le-Frith resident, Collette Russell. The 30-year-old who moved to the town from Fairfield, Buxton, started to attend Blythe House in April 2018, after being diagnosed with Hodgkin’s Lymphoma.

Collette, who has a 10-year-old son called Kenzie, said: ‘I visited the doctor several times from December 2014 to March the following year with different symptoms including a nasty cough and just generally feeling unwell. In July, I discovered a lump under my armpit so went to the GP again, where I was told it was a cyst that would just go away.

‘In October, in my role as a carer at a local nursing home, I was kicked in the stomach by a resident. It wasn’t a malicious kick, but I was in pain and was referred to Stepping Hill Hospital as I had a very high heart rate and temperature. Over the coming days, I underwent X-Rays and CT scans, before hospital doctors confirmed that I had a mediastinal mass in my chest [growths that form in the area that separates the lungs].

‘I underwent further tests including bone marrow and lymph node biopsies, as well as having four blood transfusions. On the 27th November 2015, I was told that I had Hodgkin’s Lymphoma and was transferred to The Christie Hospital where I underwent scans and started chemotherapy. In May 2016, I finished chemo and underwent a PET [Positron emission tomography] scan where no cancerous activity was found! I had some radiotherapy, and on 27th July 2016, exactly eight months since I was diagnosed with cancer; I rang the bell at The Christie for finishing all my treatment!

‘I went straight back to work being a full-time carer; I never really had time to think about what I’d been through, and just started back into “normal” life. But on the second anniversary of my diagnosis in October 2017, I felt so upset and desperately low. I went to the doctor who diagnosed me with severe depression; they also referred me to Blythe House.

‘At first I didn’t want to come here; I thought it was a hospice building full of old people who were dying. It couldn’t have been further from the truth. Here I have sought advice and support, and made friends for life; they are like my second family. It doesn’t matter what age people are – they range from their 30s to their 90s – we are all the very best of friends! Everyone has helped me through this really difficult time in my life; we can be ourselves here, we laugh and we can cry too. I took part in the Writing for Life group to put the words in my head down on paper about my illness, and the group still regularly meets up outside of the hospice to catch up and offer each other support.

‘I have also enjoyed complementary therapies to help me feel better in myself. I now suffer with vitiligo as a result of receiving chemotherapy; I am receiving counselling at Blythe House to come to terms with this; every time I look in the mirror at myself, there’s a constant reminder that I had cancer.

‘I was inspired by the beauty therapists at Blythe House to become one myself, to be able to offer treatments and therapies to people in similar situations. I started a course at the University of Derby in Buxton in September 2019, and hope to be able to come to Blythe House when I’m qualified to be able to treat the patients. 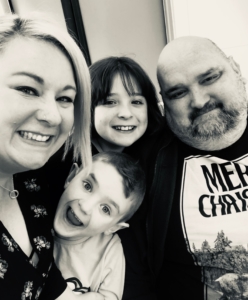 ‘The nurses nominated me to be the “face of” the collection pots; I was so pleased! It’s bittersweet because Ben and I got on so, so well. I was so low when he died. He really understood what I went through – but he was never phased by illness – he’d always say “I’m going to fight it!” I’m really proud to be on the collection pots alongside Ben. It’s my way of being able to give just a little something back to Blythe House for all it has done for me.’

Rebecca and Mark Tollerton, and their children, Amelia and George, from Dove Holes also feature on the new collection pots. Read their Blythe House story. 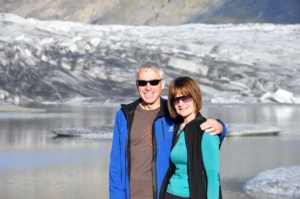 Keith Bolton accessed hospice services for his wife, Margaret after she was diagnosed with a brain tumour. Keith and Margaret, from Glossop, also have a photo displayed on the new pots. Read their story.

If you would like to house a Blythe House collection box in your shop or local business, please call: 01298 815 388 or email: fundraising@blythehouse.co.uk