Meet our board of trustees and leadership team 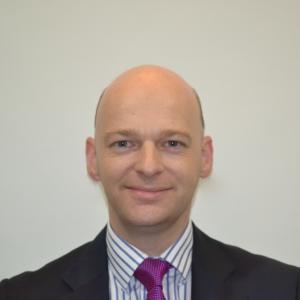 Tim began his career as an Accountant with a city practice, qualifying as a Chartered Certified Accountant in 2002. He worked for a number of firms as an auditor and advisor to the SME/OMB sector (services for small to medium sized enterprises and owner managed businesses) before returning to the Manchester office of a now top 10 firm where he specialised in corporate tax and corporate finance. He started his own practice, based in the High Peak, in 2006.

Tim has served on many committees over the years and takes a keen interest in supporting the local community. He is currently Chairman of Whaley Bridge Carnival Committee. 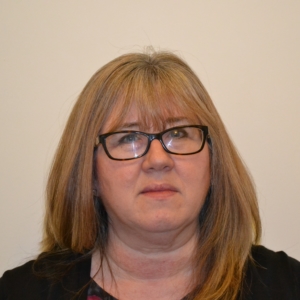 Delia was educated at Sheffield High School before heading to the London School of Economics in 1981 and then joining Peat Marwick Mitchell, which later became KPMG, and qualified as a Chartered Accountant. She stayed with KPMG for nearly 20 years moving with the firm to Manchester in 1995 when her husband’s job moved him to Stockport. With three children now, Delia had finally had enough of corporate life in 2005 and moved to Whaley Bridge where she joined a local firm of accountants.

Delia became the youngest ever Trustee of HFT, a leading charity providing residential care for adults with learning disabilities, sitting on the Management Board and chairing the Audit Committee. Her next involvement was with the Princess Royal Trust for Carers in Manchester where she was Treasurer, and Chairman for a period after the death of the incumbent, at a time of swingeing cuts in the funding of charities.

Delia’s involvement with Blythe House came about because of the Hospice at Home Service. Having seen the problems of end of life care in the area on the death of her father, she was keen to get involved with the project and became a Trustee of Blythe House in 2015. 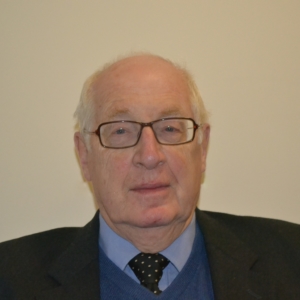 James has had a broad career working with a variety of organisations ending up in the food industry with United Biscuits for 28 years as the local director in Manchester.
He has been a Commissioner of the Equal Opportunities Commission, a Non-Executive Director in the Health Service with Central Manchester Trust, Stockport Healthcare Trust and a founder director of Stockport PCT.

He is Chair of Stockport Canal Boat for Disabled People and was Chair of St Mary’s Disley ‘Restoring our Heritage Appeal’. For his work with the Canal Boat and St Mary’s, he was awarded the MBE in 2015. He lives in Whaley Bridge. 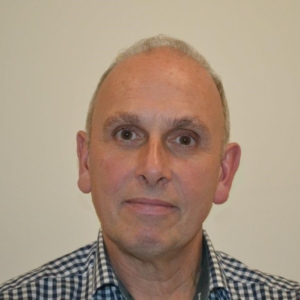 For 28 years, he worked in all stages of medicine development across several therapeutic areas in the UK, USA, Germany and Japan and has had a major interest in education and training. His last position, before retiring, was VP IMI Collaborations AstraZeneca IMED and Coordinator of the IMI EMTRAIN project.

He is a Fellow of the UK Faculty of Pharmaceutical Medicine and a member of the Faculty Education Committee. He is also a lecturer at the EUDIPHARM Masters course in Lyon, the I3H Masters course in Brussels, and an external examiner for the pharmaceutical medicine course at Basel University. He is currently the Co-President of the Rotary club of Buxton. 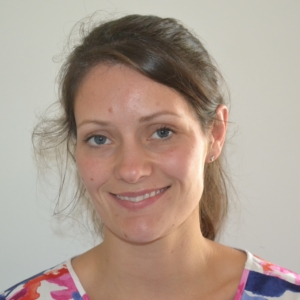 Dr Natalie Fielding started at the University of Sheffield studying cell biology but quickly decided that she would be far happier with and far better suited to a career in medicine. Whilst at Sheffield Medical School, she spent time with the Territorial Army and commissioned as an officer from The Royal Military Academy Sandhurst. Although she enjoyed the challenge of the TA, she knew that her passion lay with community based medicine. After foundation medical training in Sheffield, she started her GP training in Manchester and quickly settled on the beautiful Peak District as her base.

Alongside GP training, she has juggled the challenges of raising two young children and helping out with her husband’s two very busy hotels/ pubs/ restaurants.

She enjoys feeling part of her community and getting to know her patients and their families. She worked locally at Thornbrook Surgery in Chapel-en-le-Frith and enjoyed this so much that she has now started as a Partner at the surgery. 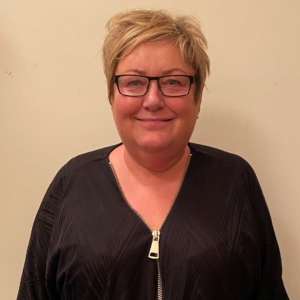 Wendy is a local person born in the village of Chinley.

She began her career at Ferodo Limited in 1979 working in various roles and attaining the role of HR Director for Tenneco, a world-wide automotive company.  She had HR responsibilities globally within the Braking Division, along with a talent acquisition role across Europe.

Following semi-retirement in 2019, she worked part-time for a local manufacturing company and then at Blythe House in the part-time role of HR Manager for 16 months, supporting the organisation through some major positive changes.  Despite leaving our employment she remains passionate about the services we offer within the community and beyond; and she is keen to support, giving her time and knowledge whenever possible.

Wendy is married and lives in Chapel-en-le-Frith with her husband Stuart. She has 2 step-daughters of 34 years, 4 grandchildren who she adores; and a very spoilt cat called Jessie! 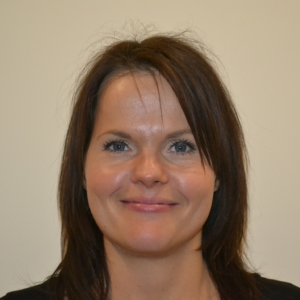 A proud resident of the High Peak for many years, Lizzy now lives in New Mills and has been an academic and law lecturer for over ten years.

Alongside her academic career she has also worked in industry for such companies as Stratstone Ferrari and CIPD, and brings with her a wider ranging skill set and strong portfolio of experience in education, management and marketing. 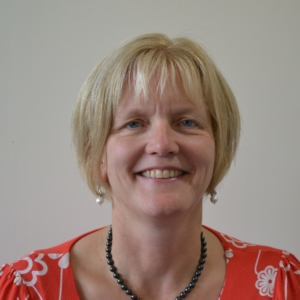 Sarah undertook voluntary work for Trafford social services, and it was here she had her first real exposure to someone who was nearing end of life and their abysmal quality of life. Shocked by lack of services, Sarah visited St Ann’s Hospice in Heald Green. She was captivated and thrilled when offered a post as a nursing auxiliary. Sarah worked that summer and all her University holidays for the first two years of her medical degree at Sheffield.

Later she worked at the Christie and St Ann’s Hospice, North Manchester before deciding to train in Oncology at Sheffield. After two years she realised that her heart lay in Palliative Care so switched registrar posts acquiring her CCST in 2000. Sarah was appointed Consultant in Chesterfield finally taking up the post in June 2002.

Sarah runs a weekly Palliative care clinic from Blythe House and also a monthly Lymphoedema clinic. She is on the Clinical Committee. She is passionate about supporting patients to stay in their homes and working closely with nursing and medical colleagues to make this a possibility. 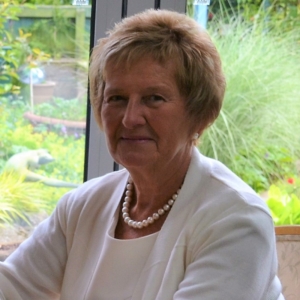 Anne always wanted to be a nurse, so at the age of 17 she undertook nurse training for four and a half years at Manchester Royal Infirmary.

She moved back to Chapel-en-le-Frith when she married and held a variety of posts in rheumatology, orthopedic surgery and rehabilitation at the Devonshire Royal Hospital Buxton. In 1988 she qualified as a nurse tutor and has had a number of roles combining education and clinical practice. She has gained qualifications in aromatherapy, counselling, psychotherapy and hypnotherapy.

In 1996 she moved into the field of cancer and palliative care working at the Neil Cliffe Cancer Centre and St Ann’s Hospice. She moved to the Christie Hospital in 2000 to take up a joint post as Lecturer Practitioner with the Psycho- Oncology team and the University of Manchester and was module leader for the cancer, palliative care and communication skills courses.

In 2008, she came to work at Blythe House Hospicecare, integrating the Living Well Service into the hospice. A number of hospices throughout the country have now adopted the supportive /rehabilitation model that she developed at Blythe House.

In 2014 she was awarded the MBE for her work in cancer care in Manchester and Derbyshire. 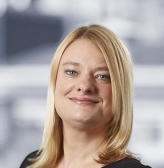 Sarah grew up in Knutsford, Cheshire and studied law at Oxford University and Chester Law School before moving to London to start her legal career. She qualified as a solicitor and became a partner at the firm where she trained. After 10 years in London she decided to move out of the city and closer to her family. She relocated to the beautiful Peak District in 2004, and lives there with her husband and teenage son. She is a partner at Irwin Mitchell, and heads up a team in the medical law department of their Sheffield office. Her work focuses particularly on birth injury cases. 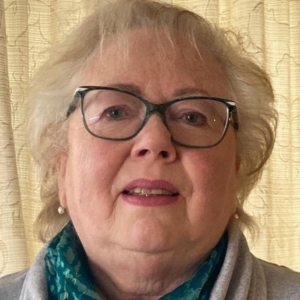 Ruth Brown is from a local farming family, never moving far from her childhood home of Chelmorton. Ruth and her husband Ken farmed at Five Wells near Taddington for 20 years where they brought up their two children. Sadly Ruth’s husband Ken died in 2010, but her three grandsons are a great joy.

Secondary school saw the death of her father, a pivotal moment where education lost its appeal. On leaving school and marrying, young Ken and Ruth fostered 27 children and this saw a return to education for Ruth at the local college, achieving numerous qualifications.

Having secured a job with the NHS as a nursing auxiliary at Baslow surgery in 1987, the ongoing support of GPs furthered Ruth’s nursing career in 2001. At the age of 47, Ruth began her nurse training at Sheffield University, medical prescribing with a specialist practitioner degree followed at Sheffield Hallam. She returned to Baslow surgery as District Nurse and Community Matron in 2007.

With a passion for good End-of-Life care and skills honed, Ruth was appointed as the Hospice at Home Manager in 2016 at Blythe House Hospicecare.  Creating a new service that assured quality care for those wishing to die at home was her greatest achievement.

On retiring in March 2021, a chance to give back to the Hospice was realised with varied volunteering roles and the wonderful opportunity to become a Clinical Trustee and further support the Hospice to a bright future. 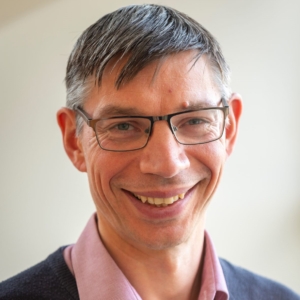 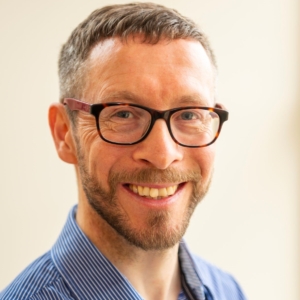 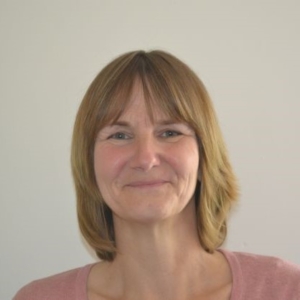 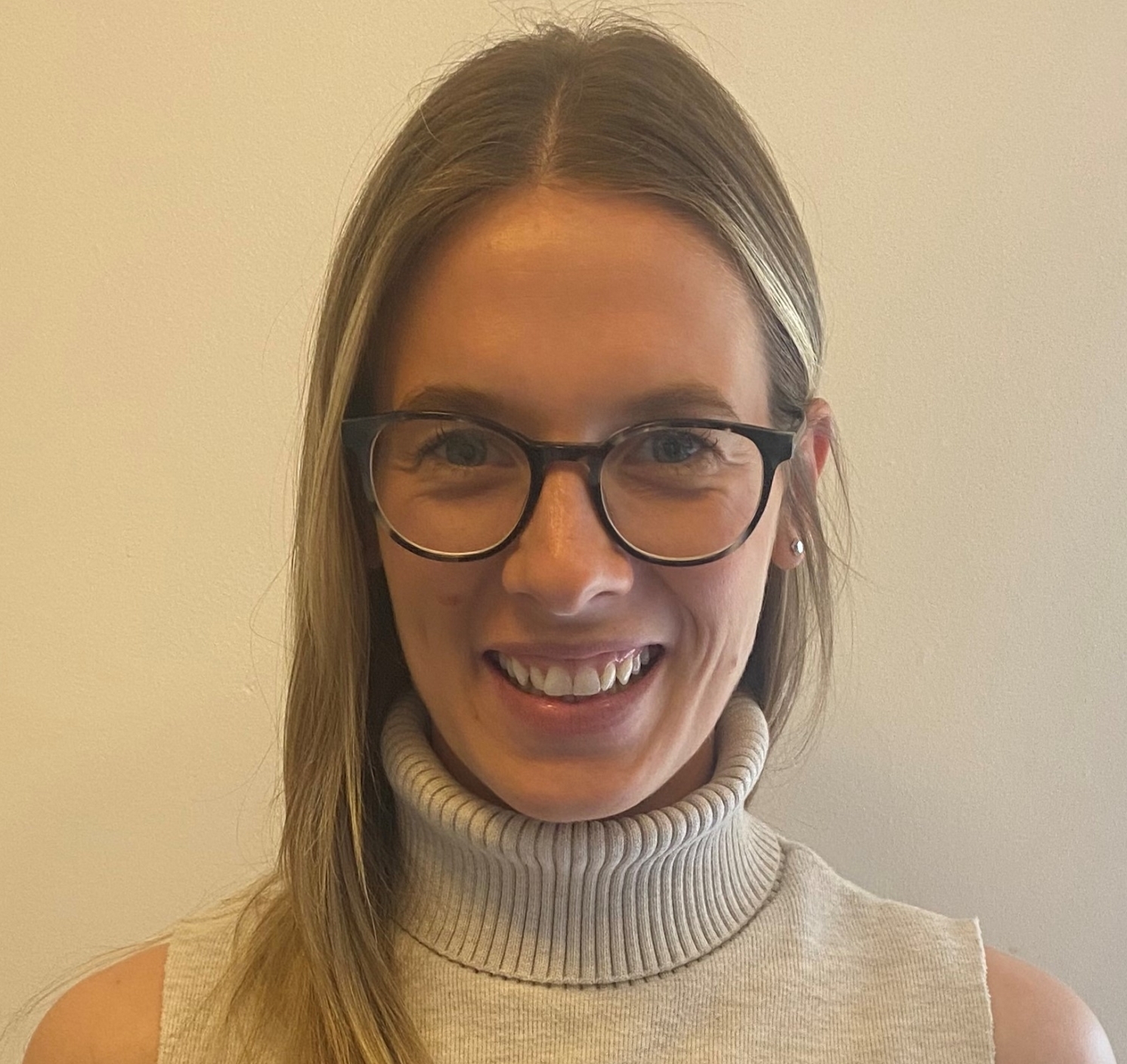 About us
Scroll to top