Welcome to our Light up a Life virtual service

Light up a Life in memory of someone you love. 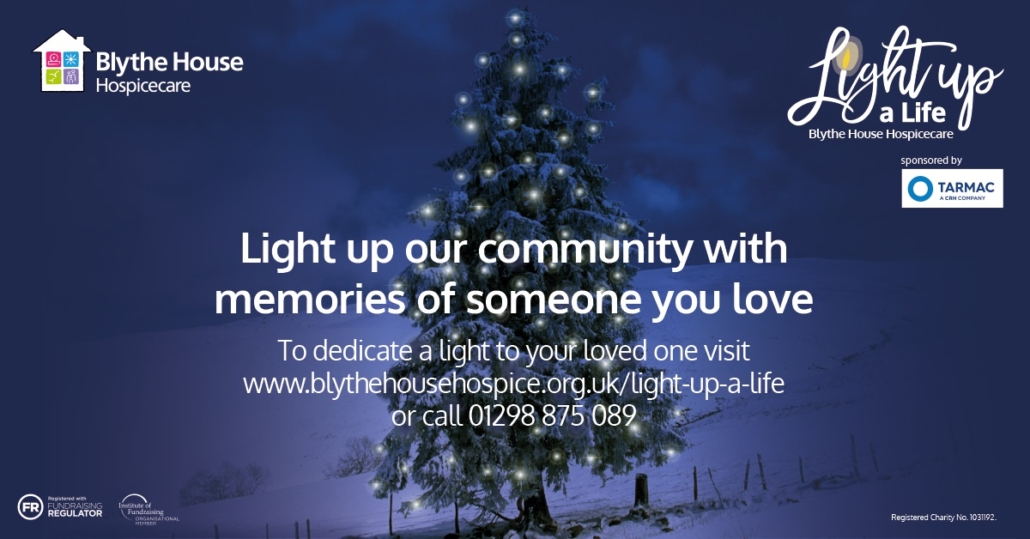 It was in January 2019 that Blythe House began providing Hospice at Home care and volunteer support to Andrea Jeffs’ parents, Eileen and Colin Chorlton at their home in Chinley. 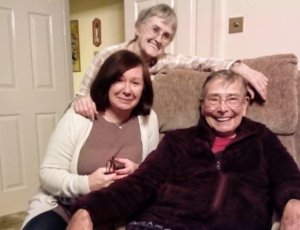 Andrea explained: ‘I am an only child and I grew up in Marple with mum and dad; mum was a nursery nurse and dad was a printer. I have three children of my own and a granddaughter, Willow, and I am a community care worker in my hometown; a job that I thoroughly enjoy. Mum and dad were both very active and enjoyed walking, travelling and dining out with friends.

‘In March 2005, dad suffered his first heart attack and was in Stepping Hill Hospital for several weeks. Once home, he went for rehab sessions and then joined an exercise class called Take Heart in Hazel Grove. He was doing really well and then in January 2007, he was diagnosed with bowel cancer. Doctors decided to operate but warned us that dad might not make it through the operation as his heart was very weak, but he wanted to take the risk, and he made it!

‘Dad was no longer working at this point – he had taken a back seat and needed to slow down. He was still in hospital after his cancer operation as things went wrong and his wound opened up. Surgeons couldn’t risk putting him under anesthetic again so dad became a “guinea pig” for one surgeon and they decided to try and grow new skin over his wound. He sadly contracted MRSA, a bacterial infection, and was isolated. Eventually, dad made a good recovery and he had a special corset made to protect his stomach and wound which he had to wear constantly.

‘In September 2016, mum had a heart attack and was taken to Stepping Hill. They then both went to Take Heart together, but in April 2018, dad had another heart attack and he was rushed to Wythenshawe Hospital where he ended up in the intensive care unit. We didn’t think he’d make it this time as he’d already been fitted with a pace maker and a mini-defibrillator after his previous heart attack. Hospital staff did everything and he pulled through again.

‘Dad then got an infection in October that year and that is when things were noticeably different with him. His memory was fading and I suggested to mum he was tested for dementia. Whilst all this was happening, mum had been diagnosed with skin cancer that had spread to her lymph nodes. They were operated on and mum needed immune therapy at The Christie Hospital. There were so many appointments for mum and dad, and my dad couldn’t be left on his own whilst mum was at the hospital.

‘Mum had to stay in the hospital and so I took time off work and moved in with dad to care for him. Dad was getting worse and I knew we needed some more help. The community matron and heart nurse to who came to visit my dad contacted Blythe House. Meanwhile, in December 2018, dad became very ill again but in true dad spirit, a week later he was back on his feet again, although very poorly.

‘In January 2019, healthcare assistants from Blythe House’s Hospice at Home team started to come and sit with dad whilst mum travelled to The Christie for her treatment, and I took over where I could. Dad was getting a lot of pleasure having all this attention!

‘The next month, dad started going to Blythe House in the day-care service on a Thursday, to give mum some respite. He really enjoyed himself and looked forward to going.

‘In July, healthcare assistants started to help with dad’s personal care and came in a lot more to give mum the respite she needed as dad’s dementia and mobility were getting a lot worse, and mum was also not well at all. Volunteers from the hospice started to come and sit with dad as well, and a volunteer also came to help in the garden as mum and dad were not able to keep on top of it – they had a lot of new friends! 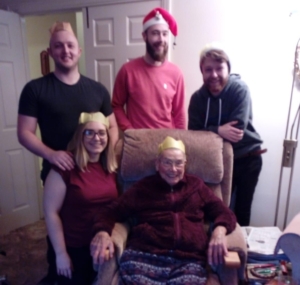 ‘In December, mum became very ill and was taken into The Christie and put into isolation for six and a half weeks over Christmas and New Year. I stopped work again and moved in with dad. Blythe House staff and volunteers still came in for personal care for dad and gave me respite, so that I could go home to my son and check things were ok there.

‘Dad’s dementia was rapidly getting worse and he was missing mum. Christmas was very different; my children came for lunch and brought Willow. Dad was over the moon to see them and we had a good lunch. I then took dad to the hospital to see mum, which was very emotional.

‘Mum came back home in January and things were very different as mum now needed carers as well. Blythe House stepped up care for dad, providing two visits a day, seven days a week, and mum had carers too. She gradually gained strength and no longer needed her carers, but the hospice team was looking out for mum too, even though they were there for my dad.

‘On the 19th May 2020, dad went downhill and couldn’t get out of bed. I was called by a hospice staff member in the morning and went straight to him. Dad was unresponsive, and the healthcare assistant was there to support mum and I. Dad sadly died on 21st May at 11.15am with us at his bedside.

‘The care and support from Blythe House was incredible and invaluable. All the healthcare assistants showed such care, respect and compassion for my parents; nothing was ever too much trouble. The volunteers were always cheerful and happy to spend time with dad when he was on his own. I personally found everyone from the hospice very friendly and supportive, and always on hand through some very difficult times.

‘With dad’s funeral taking place during the coronavirus lockdown, there was only a handful of people allowed to attend but three healthcare assistants who’d looked after dad were there, which was so lovely. We asked for donations to Blythe House in lieu of flowers, with family and friends of dad raising almost £900 for hospice care.

‘Without the hospice’s healthcare assistants, dad would probably have had to go into hospital, which we had always promised would not happen. Dad wanted to be in his own home with mum. I would have had to give up work to look after dad as mum had been so poorly and couldn’t care for him herself, even if she had been well, it would’ve been too much for her.

‘Mum and I can’t thank Blythe House enough – not just the healthcare assistants but also the friendly staff on the other end of the phone that went above and beyond at the drop of a hat to provide care, sometimes at very short notice, and also during the coronavirus period, which made things increasingly difficult.

‘This year, I will be lighting up a life in memory of my Dad, and I would love to invite you to do the same in memory of someone you love. Due to Covid-19, we were unable to give Dad the final send-off that he deserved, as many friends could not attend his funeral. By lighting up a light in his name, we are joining with all those others who have lost a loved one this year and have been unable to get together physically to remember them.

‘By lighting up a life for Dad, my donation will go towards supporting Blythe House Hospicecare’s services in the future, providing vital care to people like Dad, who wish to stay and die in the comfort of their own home with their loved ones by their side. The Hospice at Home team has supported over 100 local patients between January and September this year; enabling them to remain at home where they feel most safe.’

For a suggested minimum donation of £10, a light on the virtual Blythe House Hospicecare tree will be dedicated to your loved one, and you will receive a tree hanging to put on your own tree at home.

Light up a Life in memory of someone you love and support local hospice care.

Volunteer opportunities across the Derbyshire Dales to support families affected...
Scroll to top