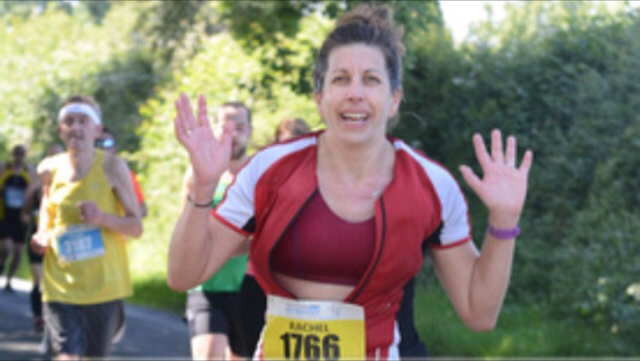 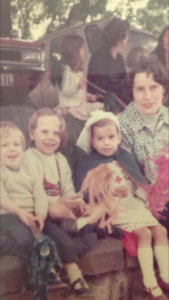 Rachel with her mum and siblings

A primary school teacher from Buxton is set to take on her biggest challenge yet as she faces the Greater Manchester Marathon in memory of her mum who died aged 47.

During those precious years, Madeleine could not find enough local support for people with cancer and so she set up her own charity, Cancer Self Help (CaSH).

Rachel, now 44, explains: ‘Mum was such a go-getter and wanted to make things happen. She got involved in the initial stages of Blythe House’s creation, alongside founder Reverend Betty Packham. My dad recalls that the original meeting place was in an old people’s home or similar in Chapel-en-le-Frith. A committee was formed there and my mum told members what support she, as a cancer sufferer, needed.’

Rachel has been married to Steve for almost two decades and followed in her mum’s footsteps by becoming a primary school teacher. The mum of two has supported Blythe House by taking part in running events and raising sponsorship for many years – including 10kms and half marathons. The Greater Manchester Marathon on Sunday 7th April, will be her longest race ever. 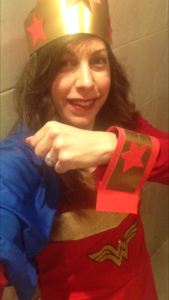 She says: ‘This marathon is by far my biggest challenge. A couple of friends and I didn’t get into the London Marathon this year so, after a conversation over a few pints we decided to sign up for the Manchester race. Only then did I realise how far 26 miles is! With the company of my running friends, I have been increasing my weekly mileage and pace. To date, my longest runs have been 20 miles along the Monsal Trail and 22 miles from Whaley Bridge to Manchester Piccadilly along the canals.

‘I have run on and off for many years now but the friendships I have made and the ongoing support we have for each other with the group I run with has been amazing. Sometimes we run around town, sometimes the trails, sometimes off road, up hills and down, and sometimes very muddy dales. The reward of a cake or a pint at the end is always tempting but the banter we have is great.’

If you are taking part in the Greater Manchester Marathon or any other race and would like to run for Blythe House, we’d love to hear from you. Please email us so that we can help support your fundraising efforts: events@blythehouse.co.uk.