John Clark from Litton used our Hospice at Home service at the end of his life. Sheffield born and bred, John loved being outdoors and was passionate about caring for his animals. In 1971, John met Susan; they married the same year and had their first child, Simon. Three years later, Emma was born. 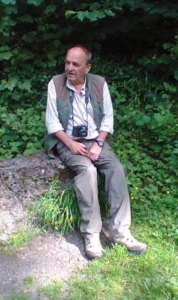 Emma made contact with the hospice in 2021, when she was in urgent need of support to get her father discharged from hospital quickly. He needed end of life care after having a stroke three weeks earlier. She needed support to fulfil her father’s only wish: to die at home. Blythe House Hospicecare and Helen’s Trust made this possible.

Bakewell resident, Emma, explains: ‘Words don’t seem enough to show my gratitude to Blythe House and Helen’s Trust for helping us during one of the most difficult times of our lives as a family. My Dad was admitted into hospital after suffering a severe stroke that left him unable to speak. Dad hated medical intervention; he would visit the doctors to have blood test for his diabetes, but other than that, he would limit his visits as much as possible. When my Dad was admitted into hospital it was clear that he found being there really scary and disorientating. He just wanted to come home. He spent just over three weeks there and in that time he did not recover from his stroke, so it was vital that I got him home.

‘In 2014, my Mum was diagnosed with Parkinson’s and in 2019 my Dad became my mum’s full time carer after she had a serious fall. When you have Parkinson’s, it’s important to have a routine and a schedule to take your medication. Due to Covid-19 restrictions, we were only able to visit my Dad in hospital for one hour a day at a set time. This set time was when my Mum would usually rest. My Mum was exhausted when visiting my Dad. My Dad couldn’t verbalise it, but he was clearly distressed being in hospital and was worried about my Mum. Another reason why I had to get him home.

‘I got in contact with the hospice about getting a care package in place and speaking to the Hospice at Home team gave me so much reassurance. Every step of the way their response to my worries and questions was “yes we can help, yes we can do that.” It got to the point that Blythe House and Helen’s Trust were the only ones I could trust every step of the way.

‘When we were able to get my Dad discharged from the hospital, we got him settled at home in his own bed. That Sunday night, Hayley arrived from Blythe House and Helen’s Trust. As much as I could look after my Dad, I wasn’t confident in keeping him safe; he was so frail and I worried I may hurt him when moving to change his clothes or helping him sit upright. Hayley did everything: it was nursing care that I had never experienced. Not only did she care for him, she spent time with him and was so respectful. I don’t know where Hayley came from, but to me she was an angel we had been waiting for. 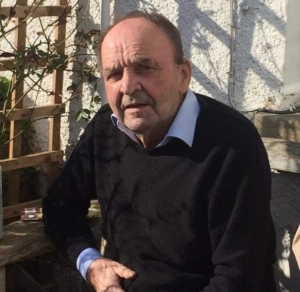 ‘Hayley gave my Dad his dignity at the worst of times. I trusted her as soon as she walked through the door – there is no-one that I would have trusted more and we knew she understood what we needed to get my Dad’s end of life care right.

‘After the first Sunday visit, my Dad deteriorated rapidly and on the Monday night and he was in a lot of pain. We weren’t expecting Hayley until the Wednesday evening, but I was desperate for the support. Initially, I didn’t have anyone for Tuesday night, I needed help and the hospice came to the rescue again. Hayley came that Tuesday evening and stayed there during the most difficult time for him; she was an incredible support for me and my mum- nothing was too much. My Dad died peacefully on Thursday morning, the 16th September 2021. Hayley made our lasting memory of him a peaceful one.

‘It was immeasurable the amount of care and consideration that the Hospice at Home team gave to us. There is nothing I would change about Blythe House and Helen’s Trust, except that I wish I’d known about them sooner. The service is amazing and people’s end of life care is so important, you only have one chance at getting it right. I am so grateful that Blythe House and Helen’s Trust was there.’

Find out more about our Hospice at Home service.

Thanking our volunteers who give hundreds of hours of their time every week...
Scroll to top