A man from Longnor is preparing to take on a mammoth challenge as he bids to run 140 miles across Scotland in just four days.

Jonathan Kempster is set to run from Cape Wrath to John O’Groats from Saturday 1st June, to raise vital funds for Blythe House Hospicecare after his mum Betty suffered a stroke in November 2018.

Healthcare assistants from the 24/7 Hospice at Home service have been providing nighttime care for Betty since December, when she was referred by the community matron. 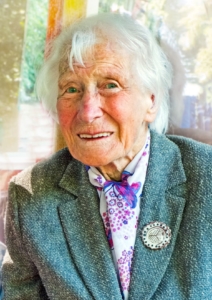 Jonathan says: ‘My mum is 93 years-old and up until she was 92, she was fiercely independent; she was still driving, going shopping, looking after her home, sorting the bills and gardening. Unfortunately, the stroke left her bedbound, and she has been that way for around five months, until very recently when we were able to get her a specialist wheelchair meaning she can now get out of bed.

‘Mum has gone from being so independent, to so highly dependent on other people. I have such a huge respect and admiration for her; five months in bed would have made me go bonkers, and I probably would have become very depressed, but mum has taken it very well and she is so appreciative of all the help and care that she gets.

‘Blythe House’s Hospice at Home service has been a God send to my family and I. Before the help, we were staying with mum for seven nights a week and it really was exhausting, both physically and mentally. Now though, the team of healthcare assistants provide care through the night from 10pm to 7am on four nights of the week, so I am able to get some respite and I know that mum is so well taken care of. 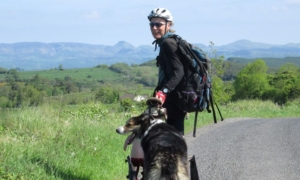 ‘I have done challenges in the past, including running from coast to coast on the “thin” part of Scotland, but never anything of this scale before. My partner Jane will be cycling the distance, carrying supplies including food and kit for the very long days. Freddie, our dog, will also be accompanying me as I navigate with a map and a compass across minor roads, rough tracks, footpaths and open moorland, including the wild and boggy Flow Country.

‘I wanted to do something to be able to contribute towards the amazing Hospice at Home service; the quality of care and all of the staff who’ve been involved in mum’s care are so great.’

Since the Hospice at Home service’s inception in 2016, Blythe House has provided over 30,000 hours of day and night care for patients with life-limiting illnesses, who wish to be supported in the comfort of their own home.

Find out more about Jonathan’s epic challenge and to sponsor him.