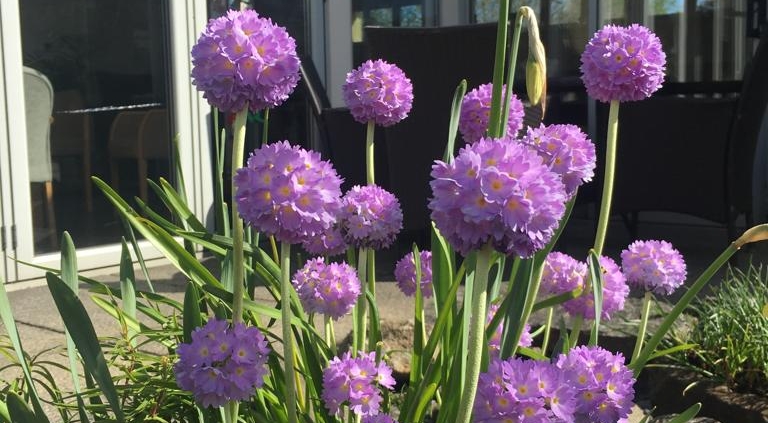 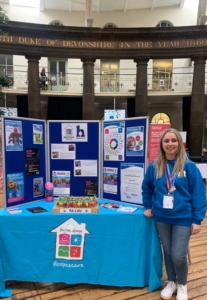 Her role sees her head out to towns and villages across the High Peak, Derbyshire Dales and North East Derbyshire, to meet hospice supporters who are raising money to fund vital services in our area. People might be hosting events, undertaking challenges, making things, housing a collection pot in their business, or generally helping to raise essential funds for, and awareness of, the charity.

Sophie had always thought how ‘lovely’ it would be to ‘give something back’ to the hospice, after she accessed services here back in 2017, following her diagnosis with cervical cancer.

Sophie, who’s from Harpur Hill, explained: ‘I was diagnosed in November 2016 with stage 1B1 cervical cancer* – I had no symptoms. I had been for my routine smear appointment at my GP, which detected abnormal cells, and so I was then asked to go for a colposcopy (a test to take a closer look at your cervix). Following this, the doctor who had done the test called me when I was at work. He told me I had cancer. 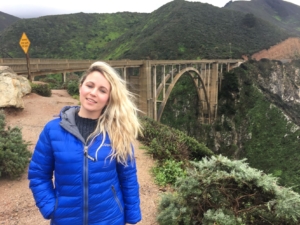 Sophie on holiday in California in 2017 before her surgery

‘I was referred to the Royal Derby Hospital for further treatment. There, I was firstly given another colposcopy and following this, I was given a loop diathermy, which removes abnormal cells from the cervix. However, when my results came back, my consultant said that the margins were not clear enough so I would need to have surgery. My cancer was progressing quickly and so I had to make a decision immediately.

‘I was given two options: one, a full hysterectomy, or two, a radical trachelectomy (surgery to remove the cervix, nearby tissues and lymph nodes). The second option is a fertility sparing option; I was only 26 at the time and I had always known I wanted to have children, therefore I immediately dismissed the idea of a hysterectomy. I had no clue what the second option even was, so when it was explained to me, I decided that would be best.

‘I had my radical trachelectomy on the 1st of February 2017, I was in surgery for six hours with two surgeons. Following this I was in hospital for three days, luckily my lymph nodes came back clear whic

h meant I didn’t need to have chemo or radiotherapy. I also had multiple MRI scans before and after my surgery.

‘After my surgery and when I was out of hospital, my mum suggested finding out if Blythe House would be able to help and support me. Close family members and friends had use the services at the hospice, and my GP referred me. I started to attend in the April 2017 after I had time to recover from my operation and was able to drive and get around again. 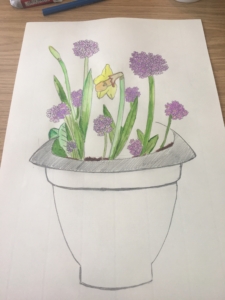 ‘I used to attend the day services at the hospice with lots of activities, art, crafts, painting, complementary therapies and counselling services. We also focused on meditation, which I found really helpful as I used to get very anxious whenever I had to return to Derby hospital for appointments. Blythe House helped me to learn techniques, which allowed me to stay calm and be kinder to myself.

‘I found my time at the hospice really helpful to have some “me time”, where I could chat with people in similar situations. All the staff were lovely, friendly and welcoming, and I made some great bonds with the people I met.

‘I have been cancer free for five years now! I have routine appointments with my consultant in Derby every six months; this will continue for the rest of my life, so they are keeping a close eye on me. I always said that if I could get just one person to go for their smear test by sharing my story, I will feel like something good has come from it all. I’ve always been very open about what I have been through as I think it’s really important that we encourage women to attend their smears; it could save their life… it saved mine. I’m very lucky to have had my little miracle boy, William, in May 2020, and I am forever grateful that due to the skills and expertise of the staff at Derby hospital, I was able to have him.

‘I had always kept an eye on Blythe House and had it in the back of my mind that I would love to work there. I was then pregnant and on maternity leave so it wasn’t the best time for a career change! Then when I had been back at work after having William, I saw a post on the website advertising for the community fundraiser role, and thought, “well that sounds like me! I could do that job!” I thought how lovely it would be to give something back to an organisation who helped me so much when I really needed it, how rewarding! So I went for it! I’m so glad that I did, I absolutely love my job.

‘I love that every day is different; you never know what might pop up. I love that I can help people and that people are so thankful to have us in the area, I also love being a bit daft which is helpful in my role; working with Blythe Bear (our hospice mascot), doing an abseil, climbing a mountain, stuffing 2,500 Easter chicks with Cadbury’s Creme Eggs, the list goes on. It’s so varied, the team is so lovely, friendly and you really feel like you’re part of something good.’