‘Arranging Mum’s funeral, I knew exactly what she wanted; I had no regrets that I’d done or chosen anything wrong, and I knew I’d done her justice.’

Dying Matters week aims to raise awareness of opening up the conversation between families and friends about death, dying and bereavement. One way to do this is to discuss your funeral plans so that your loved ones know what you’d like to happen, and can respect your wishes.

It was widely reported earlier this year that Prince Philip had planned his own funeral – including making his final journey in a Land Rover Defender, and personally choosing the military medals and decorations that he wanted to be displayed.

Dying Matters explained: ‘By taking the initiative and setting out what you want now, you can get on with living your life, knowing that when the time comes your loved ones will know what you wanted and be spared from having to make difficult decisions.’ 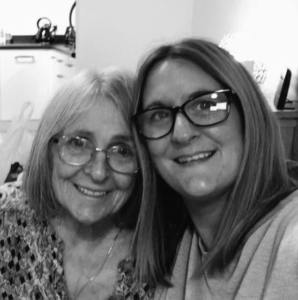 Cathy Price’s mum, Janet sought advice and support from Blythe House after she was diagnosed with oesophageal cancer in September 2020. Nurses from the hospice called Janet weekly to chat about how she was doing. Janet also took part in the weekly online Community Hub support group meetings alongside other local people diagnosed with a life-limiting illness. Janet very sadly died in March 2021 after the cancer had spread to her lungs.

Cathy, who’s from Buxton, explained: ‘Mum started to feel differently around Christmastime 2019. She didn’t ever normally go to the doctors or seek advice, but she knew deep down something was wrong. Doctors initially thought it was reflux and put her on different medications that did not help. She was finally referred to the hospital for a gastroscopy – it was the day that the first national lockdown was officially announced in March 2020 – and unfortunately, because there was no mention in her medical notes of a lump in her throat, the procedure was cancelled.

‘Lockdown of course stalled everything and nothing happened for months. Mum finally got another appointment to see a doctor. At this point, she wasn’t eating properly and couldn’t swallow solids; she was living off yoghurts and ice cream. Mum and I called 111 and the advisor suggested that Mum went to hospital. It was here, finally, in September, that she was diagnosed with cancer of the throat.

‘Mum underwent radio and chemotherapy at The Christie, so there was a lot of toing and froing between home and hospital every day. She finished her treatment on the 15th December and was able to spend Christmas at home. Afterwards, she became really poorly again, and she was transferred to hospital.

‘Mum enjoyed hearing from staff at Blythe House every week; it gave her someone different to talk to about her prognosis, worries and concerns. Living on her own (though I was in her support bubble throughout the lockdowns), it was nice for Mum to be able to chat to someone different who could provide support and give advice. The Zoom meetings with other local patients definitely had a positive effect on her mood, and she’d relay stories from different participants.

‘When she found out that the cancer had spread to her lungs, there was an opportunity for her to have a tube inserted to help drain liquid. Unfortunately, her lungs were filling that quickly that doctors weren’t able to undertake the procedure the first time round. After this, Mum declined the second chance to try inserting the tube, and so a plan was put in place for end of life care.

‘Despite Covid-19, because Mum was so poorly, I was able to go and see her in hospital. I spent every day with her and we talked so much. One of the things we talked about was her funeral. She asked me to get everyone a drink on her, and she said she wanted everyone to wear bright colours and silly hats! She asked me “talk me through the day then, what’s going to happen?”

‘Mum was transferred to Ashgate Hospicecare in Chesterfield on 1st March 2021; she only spent six hours there before she sadly died.

‘Mum had already paid for her funeral so that wasn’t an issue but I had to think about how to arrange the proceedings. I knew it would be hard to get everyone a drink, because we weren’t allowed a wake or a celebration – only 30 people were allowed to attend her funeral! We did have a web cam set up so that other people could attend from afar – including my sister who lives in America, and my best friend in Australia.

‘One night whilst I was on FaceTime to my sister, we were chatting about arranging the funeral and fulfilling all of Mum’s wishes. We came up with the idea of giving out goodie bags. There and then, we ordered brightly coloured bags off the internet – Mum did not want anything dull! In them, we put a mini bottle of prosecco, some rosé lemonade or a coloured beer; a candle; a party blower and an animal hat; a butterfly decoration as Mum loved butterflies; and a gift tag. My children, Milly and Leo, and I, also made heart-shaped cheese and ham sandwiches, and we put a sausage roll in each bag. Arranging the funeral to respect Mum’s wishes gave me something to focus on and kept me busy in the two weeks following her death; the planning kept me going.

‘When the funeral was over, the kids and I returned home and the mood was a bit flat. It was a strange feeling, and I thought about getting started on making some tea! Just then, my phone pinged, and it was photograph of my friend wearing her party hat and holding up a glass to toast Mum. The next minute, another photo came through, and they kept on coming through the night. The kids and I took our own photo and I sent it around family and friends. It was so lovely as it brought us all together without actually being together physically.

‘Now that I know what’s involved in planning a funeral and expressing your wishes, it is definitely something I’d do with my loved ones. I felt proud to arrange Mum’s funeral because I knew exactly what she wanted; I had no regrets that I’d done or chosen anything wrong, and I knew I’d done her justice.’

To help you to think about your funeral wishes, Dying Matters and the National Association of Funeral Directors have produced a simple form, which lets you create a personal funeral plan that reflects you as an individual. Download it now. 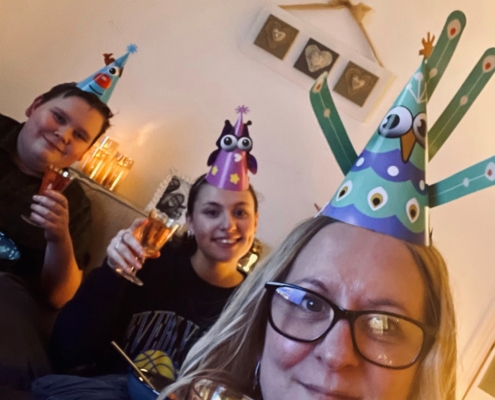 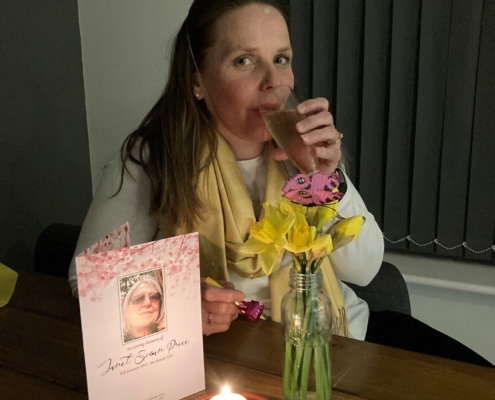 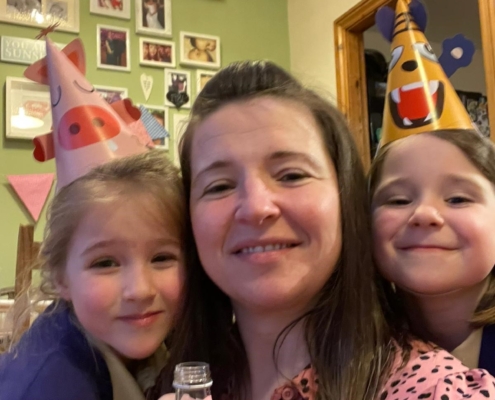 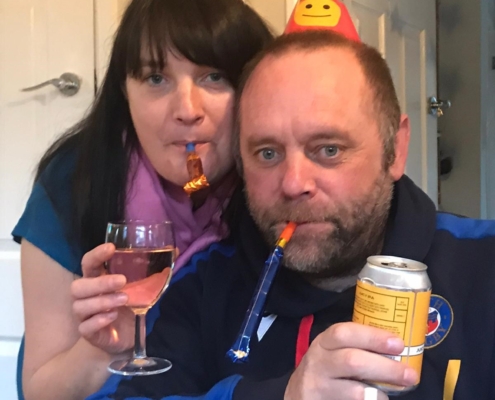 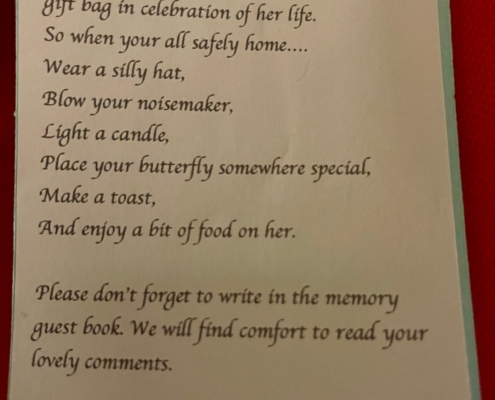 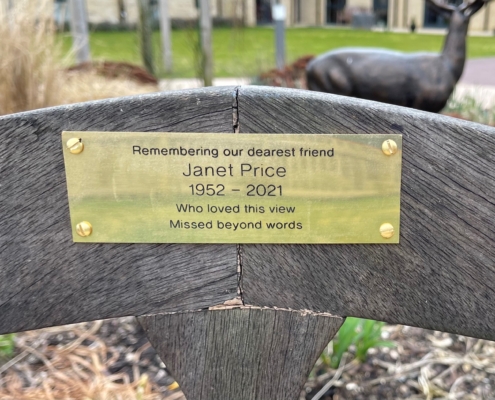 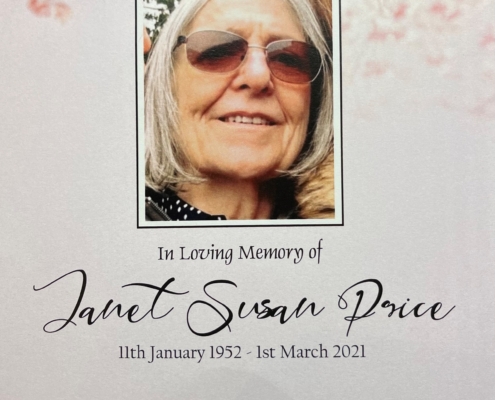 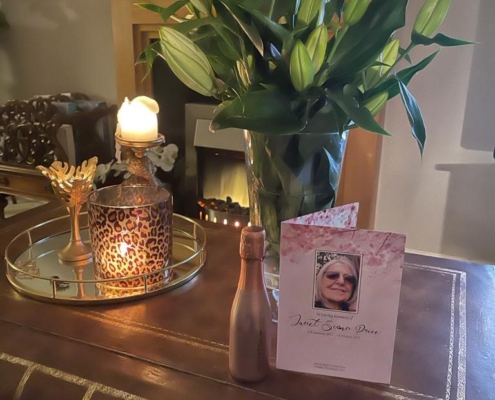