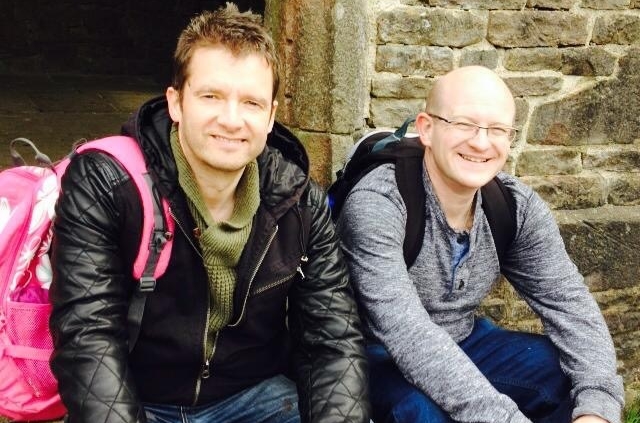 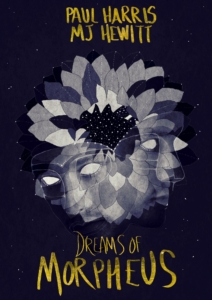 A book written by a Blythe House Hospicecare patient is now available to read online.

Paul Harris, who was diagnosed with motor neurone disease in July 2015, has penned the book alongside close friend, Matt Hewitt.

The pair met in the playground of their children’s school in Disley many years ago and got to know each other through a joint enjoyment of the same type of literature, playing chess and drinking red wine.

Back in 2013, Paul and Matt decided to put pen to paper, and started work on the dark fantasy collection of short stories and poems ‘Dreams of Morpheus.’

Halfway through the writing stage, Paul received the ‘mind numbing’ news that he had rare neurological condition, motor neurone disease and was referred to Blythe House Hospicecare, where he’s been receiving care and support since November 2015.

Former long distance runner, Paul, explains: ‘I had taken part in a marathon in Staffordshire in March that year, and noticed that I was struggling to get my water bottles out of their pouches, my arms didn’t seem to be working. There were other worries that were getting more noticeable and so I went to my doctor in May who referred me to a neurologist at Salford Royal NHS Foundation Trust. I had just started a new job when I received the mind-numbing news that I had motor neurone disease and I had to leave through ill-health. 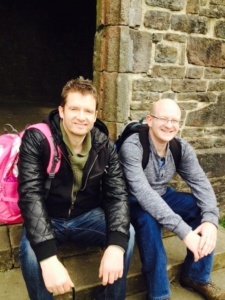 Matt and Paul in 2014, a year before Paul’s diagnosis

‘I started coming along to the Living Well Service at Blythe House every Tuesday and really enjoy my time here. I have complimentary therapies including massages, reflexology, reiki and aromatherapy, which are such great services and really make me feel much better.  I enjoy getting to see people and having lunch together. The afternoon mindfulness sessions are very useful in helping me to come to terms with the mental health aspects of the disease, and I enjoy hearing from other patients too as we share our stories.

‘The Hospice at Home healthcare assistants also visit me at my home three times per day to provide care and assistance. I feel that physiotherapy sessions with Tina Betts and massage therapy with Cathy Grange have definitely helped in slowing down the progression of the disease.’

The idea for Dreams of Morpheus stemmed from Paul’s thought-provoking background. He has always had an interest in dark fantasy, especially Norse mythology, Greek myths and legends, after gaining a Masters in Theology from the University of Manchester.

Paul says: ‘Matt and I had diverse ideas for the book but we worked together closely enhancing each other’s work. Writing has been a nice diversion and a great hobby for me; it has taken me away from having to think about my condition all of the time. It is my first published book so I am really very excited. So far, feedback has been very good too.’

The book is aimed at people who perhaps have some spare time to read shorter tales, for example in coffee shops or attending appointments, and might be of interest to readers who wish to take a break from full-length novels.

In the acknowledgements section of the book, Paul comments: ‘Since my diagnosis at the age of 41, I have been overwhelmed by the many acts of kindness and support that people have freely given to me and my family.

‘Thank you to everyone connected with Blythe House, I genuinely have so much gratitude for your help and support over the years. This has undoubtedly made a huge difference to my quality of life and that of my family.’ 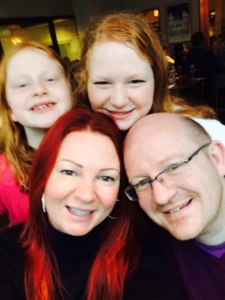 Paul with his wife and daughters

Now Paul’s daughters, Madelyn, 14, and Elloise, 11, are hoping to raise vital funds for Blythe House as a way to say thank you for their Dad’s care. They have received a fundraising pack for the hospice’s 30th anniversary, to give them some inspiration for their own fundraising initiatives. A few years ago, Madelyn undertook a sponsored silence in aid of the MND Association, to raise awareness of how motor neurone disease affects the vocal chords and the ability to speak.

Paul’s book is available to download via Smashwords and Amazon – you can also find out more by visiting the Facebook page.